Both GMAT and GRE are standardized tests delivered on computers. GRE is a computer based test where as GMAT is a computer adaptive test. GMAT is a test that is designed as prerequisite for B-school entry whereas GRE is accepted by B-schools, Graduate schools or even Doctoral Programs. GMAT is developed by GMAC (graduate management admission council) where as GRE is developed by ETS (educational testing services).

Though both GRE and GMAT has Analytical writing assessment (AWA) the GMAT requires the test taker to write an essay on a the fallacies inherent in an argument only whereas a GRE test taker should write two essays i.e. Analysis of the argument (like the one GMAT) and analysis of an Issue. GMAT added a new section called intergraded reasoning to the test structure recently. Though the quantitative reasoning sections in both GRE and GMAT have uncanny similarities on many aspects the verbal sections both of GRE and GMAT differ significantly. GMAT verbal reasoning part has SC (Sentence Correction), CR (critical reasoning) and (RC) Reading Comprehension where as the GRE verbal reasoning section has SE (sentence equivalence) TC (text completion) and RC (reading comprehension) 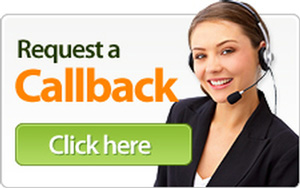